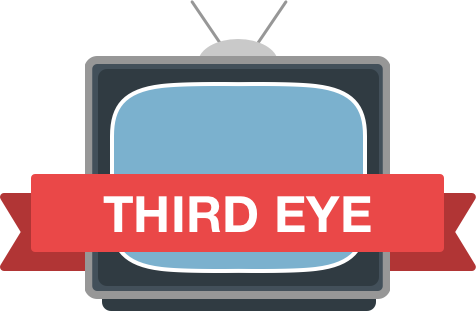 The TV News Archive's Third Eye project captures the chyrons–or narrative text–that appear on the lower third of TV news screens and turns them into downloadable data and a Twitter feed for research, journalism, online tools, and other projects. At project launch (September 2017) we are collecting chyrons from BBC News, CNN, Fox News, and MSNBC–more than four million collected over just two weeks. Chyrons have public value because:
Both raw and filtered data feeds are available for download at:
https://archive.org/services/third-eye.php
Data are available both via TSV (tab-delimited) download and via API. Archived filed as available in this item. (Look right!)
Twitter feed: https://twitter.com/tracey_pooh/lists/third-eye
How we did it
The work of the Internet Archive's TV architect Tracey Jaquith, the Third Eye project applies OCR to the "lower thirds" of TV cable news screens to capture the text that appears there. The chyrons are not captions, which provide the text for what people are saying on screen, but rather are text narrative that accompanies news broadcasts.
Created in real-time by TV news editors, chyrons sometimes include misspellings. The OCR process also frequently adds another element where text is not rendered correctly, leading to entries that may be garbled. To make sense out of the noise, Jaquith applies algorithms that choose the most representative chyrons from each channel collected over 60-second increments. This cleaned-up feed is what fuels the Twitter bots that post which chyrons are appearing on TV news screens.
We provide options to download this filtered feed, or the raw content as it appears or the raw content nearly as soon as it appears on the TV screen. Both may be useful depending on the type of project. In addition, the Twitter feed itself is a good source to see what the filtered feed looks like.
Some notes on the data
We want to hear from you! Please contact us with questions, feedback, concerns – and also to tell us what project you've done with the TV News Archive's Third Eye project: tvnews@archive.org. Follow us @tvnewsarchive, and subscribe to our weekly newsletter here.